For closing the lane, in particular because of roadworks, closing panels are used. Boards are placed on the beginning of the episode of car from oncoming traffic. 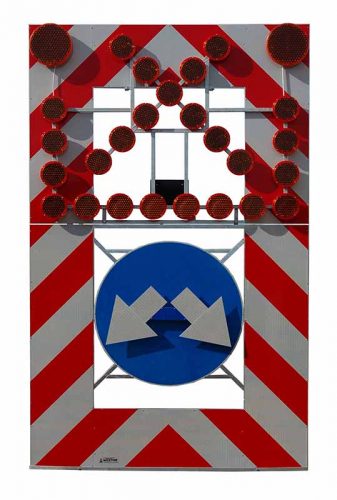